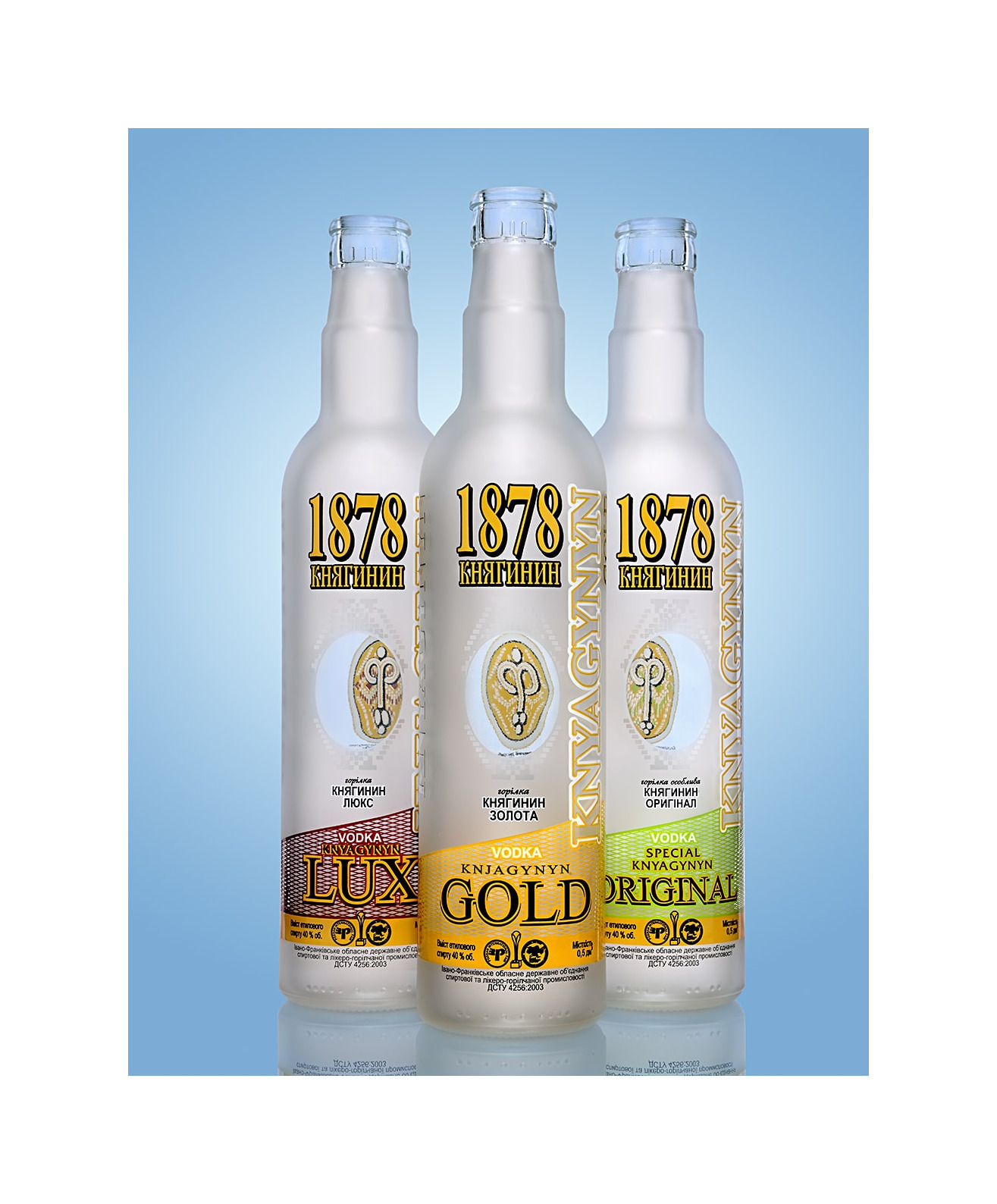 Ivano-Frankivsk Spirit Association known for its high-quality alcohol released under the trademark “Knyaginin” has introduced  to the market a new range of vodka "Knyaginin 1878". Why was the 1878 so remarkable that creators of a new brand have decided to use it in the name of premium vodka?

Actually, there were two noticeable events in the mentioned year which have influenced further development of the wineproducing industry of Ukraine. In the south, Crimea, the prince Lev Golitsyn founds the first in the country house of sparkling wines "New World". And approximately in the same time the prosperous land owner from the Knjaginin village Mendel Weinagarten with his wife Babetta open"rum and liqueurs production institution" the heir of which is the modern plant of Ivano-Frankivsk.

The new bottle design made by specialists of the DanCo Decor company looks solemnly and richly. On a frosted. like if covered with hoarfrost, bottle you can see the golden name of a trademark and a lot of other details of a decor. Taking into account popularity of the vodka Knyaginin, the logo of the Spirit Association has been chosen as the central element of design. For creation of special visual effect, the trademark is printed on the back of a bottle and is visible through transparent "window" on a frosted surface as if through a magnifying lens. Thanks to a multi-color silk-screen printing, to variety of a decor formation and to usage of modern materials we managed to emphasize, on the one hand, the famous Ivano-Frankivsk masters’ fidelity to traditions, and on the other - aspiration to follow the most current trends in "haute couture" of glass packaging.