Limited collection of Pepsi glasses in an iconic retro design 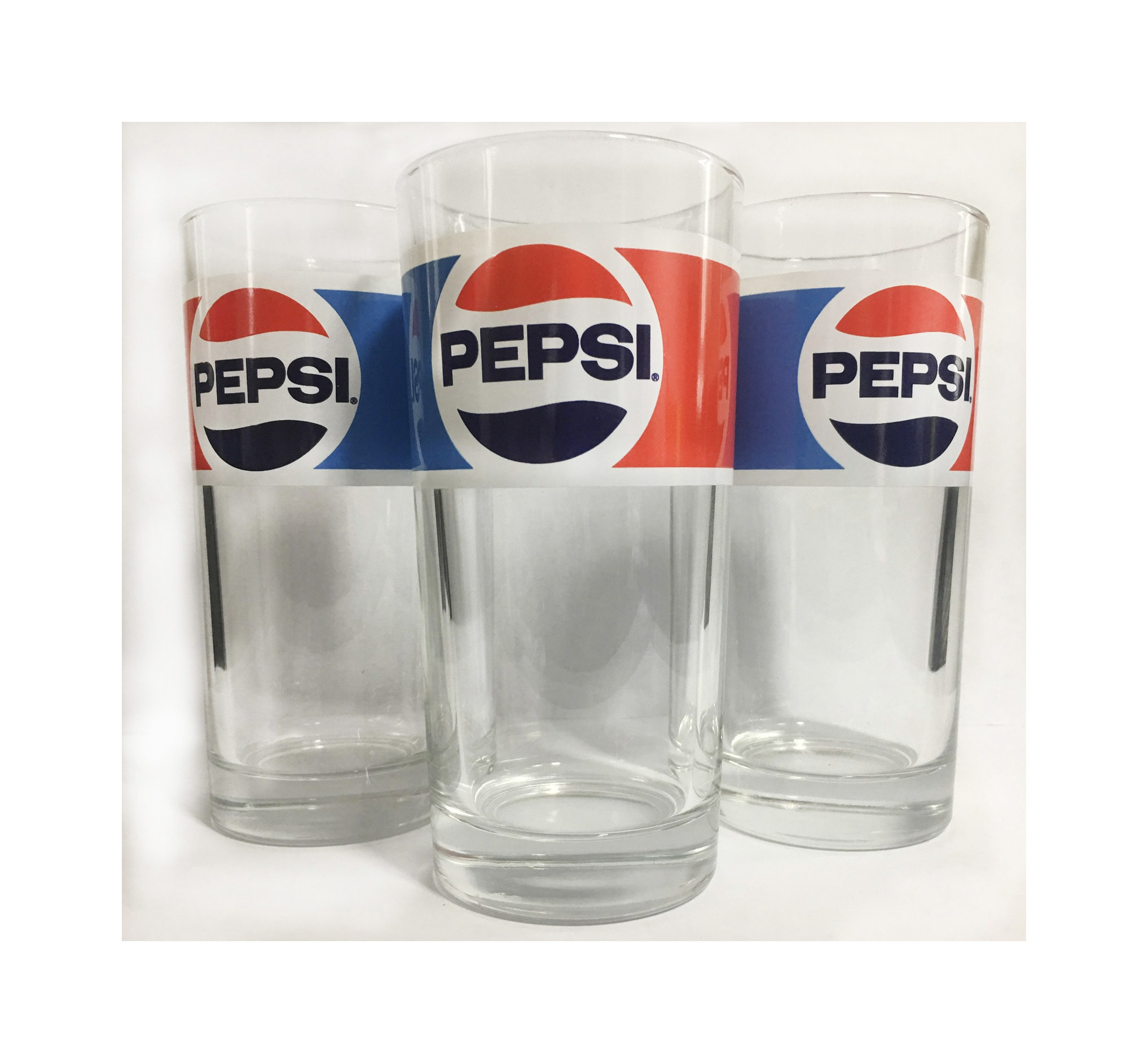 Let us draw the following picture in our imagination together. Typical for 1980s Ice-cream stall, nearby one is on the Pepsi line near the branded kiosk, painted into the catchy red and blue, at that time it looked pretty futuristic. Soviet stalls were typical and usually represented featureless metal boxes. Meanwhile, Pepsi retail outlets were distinguished with bright colours, unique streamlined shape and huge branded logo on the top.

In the Soviet Union, the Pepsi Cola beverage appeared in the late 1970s, right before the Olympics-1980. Unique bottle`s form with blue-white-red label, created partly influenced by the Eastern symbolism of the “yin-yang” category, and foreign origin of the beverage attracted attention and aroused curiosity.

What is more, specific "mysterious western life" flair had its impact, as well as an unusual taste of the drink, different from traditional fruit lemonades, familiar to the Soviet Union inhabitants. Therefore, it causes no surprise that design of the iconic Pepsi bottle and the taste of its contents is well known since childhood.

However, let us return from relatively recent time to the current one. Nowadays PepsiCo Company is dynamically developing, its products are being consumed approximately a billion times a day in more than 200 countries, according to statistics. In 2018 PepsiCo starts the Pepsi Generations campaign celebrating its 120th anniversary. In honor of this event, the company returns recognizable "retro" cans and bottles to the shelves. Currently beverage fans from 55 countries are able to buy Pepsi, Pepsi Zero Sugar and diet Pepsi in vintage packaging.

Naturally, in order to deeply feel the taste of retro Pepsi, one is obliged to drink it using the “right” glassware. Therefore, along with vintage beverage packaging, PepsiCo Company and its regional partners placed orders for production of branded glasses with Pepsi logo, popular in the 1980s within the promotion company.

It is no accident that decoration of branded glassware for the countries of Transcaucasia was entrusted to the company "DANСO DECOR". We have already had a successful experience of cooperation, associated with the manufacture of decorated Mirinda brand glasses, also owned by PepsiCo. Being aware of the project importance and the trust given by the partners of one of the largest companies in the world, we have done everything to meet the customer's expectations.

A thorough selection of the "corporate" colours of the logo and the proportions of the image on the glass were conducted. For the ink to look bright and vivid, we decided to print with a "substrate", i.e. coloured ink was applied not directly to glass, but on a kind of primer layer. Since the chosen model of  glasses has a so-called "thick bottom" giving the premium effect to the glassware, it was necessary to adapt the temperatures’ curve for curing after silk-screen printing (firing).

The result is a product that is worth to represent one of the most popular beverages in the world. It is absolutely great that on a large-scale canvas, reflecting more than a century history of the legendary PepsiCo Company, there is a small touch currently made by the Ukrainian decorator of glassware, the "DANCO DECOR" Company!