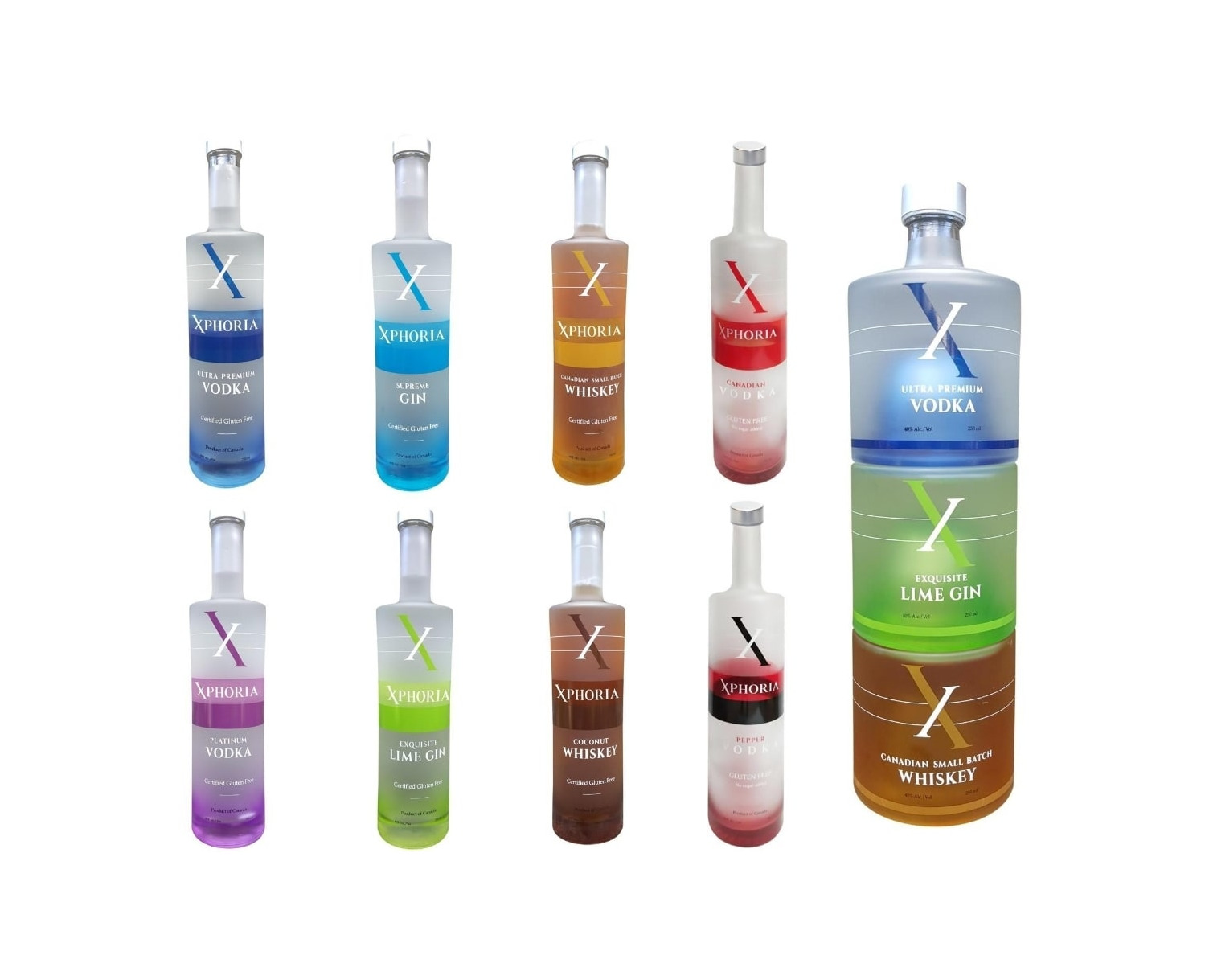 Today we would like to share information on the participation of the DanCo Decor Company in one more international project which despite the youth managed to gain the international recognition. So, the Canadian company XPHORIA Spirits made the decision to release the whole series of alcoholic beverages under the XPHORIA trademark. The line consists of six drinks united by a single brand: Supreme Gin, Lime Gin, Platinum Vodka, Vodka, Whiskey and Coconut Whiskey.

Considering the fact that these products are positioned as a premium segment, the customer chose the best of what is presented at the market for each stage of work: raw materials of the highest quality from Canada, the most modern production technologies and exclusive glassware from France and Italy.

The honor to make the decoration of bottles for all XPHORIA line was done the Ukrainian company DanCo Decor.

Our specialists met the challenges with honor, having applied a wide arsenal of technologies and materials to their accomplishment. It was very important to achieve that all line looked harmoniously and at the same time each line item remained easily recognizable on the trade shelf.

In the furtherance of this goal was made the decision to select the color to each drink which is most corresponding to the nature of a product. Opaque bottles have the painted bottom and circular strips of the same color in the central part of the glass container body. At the same time, one of the strips is transparent, allowing to be convinced of crystal purity of content of a bottle. The text made by a method of a silk screen printing is also emphasized the single style of all line.

Working on the XPHORIAproject, we had to face decoration of so-called "stackers" for the first time. Stackers are small Italian bottles which are established one on another, forming peculiar "pyramid". Thus, the buyer receives "gentlemen's set" of three drinks - vodka, whisky and gin!

First "issue" of a new line of the alcoholic beverages XPHORIA was successful - XPHORIA PLATINUM VODKA won silver at the International Fair "2016 WSWA Spirits Fair" in Hong Kong, and directly during the exhibition the XPHORIA Spirits company managed to sign several contracts on delivery of the products to the Asian market.