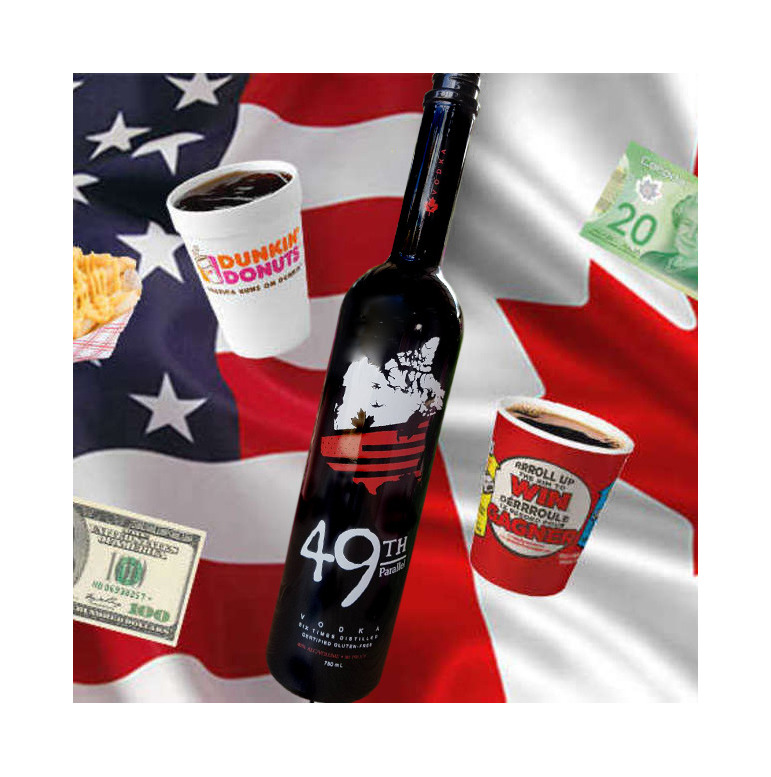 Our next story is about a new project (coating with black glossy varnish, printing with UV inks on the body and neck of the bottle) with a very symbolic name "49th parallel" for our customer from Canada!

The fact is that the border between the United States and Canada is laid strictly along the 49th parallel of northern latitude. This decision was preceded with a series of conflicts and even the bloody war of 1812-1815. The controversial issues were finally settled only in 1818 after the signing of the Anglo-American Convention. Since both sides were already tired enough of negotiations on the delimitation of the Great Lakes and fishing grounds, it was decided to draw the land border exactly along the 49th parallel. The British Empire and the independent United States were quite happy with this state of affairs, and the border ran from Lake Erie in the east to the Rocky Mountains in the west exactly along a line coinciding with 49 degrees north latitude.

Today, the land border between Canada and the United States is the longest in the world. Its length is 8.891 km! Almost 350 million people legally cross this border every year, making it also the most crossed border on the planet.

And for Ukrainians, the 49th is the longest parallel crossing the country. Its length from the western border to the eastern one in a straight line is about 1300 km. So, the Canadian brand "49th Parallel" will probably find its admirers on the Ukrainian market!