"Speak easy" and wait for "Barge" 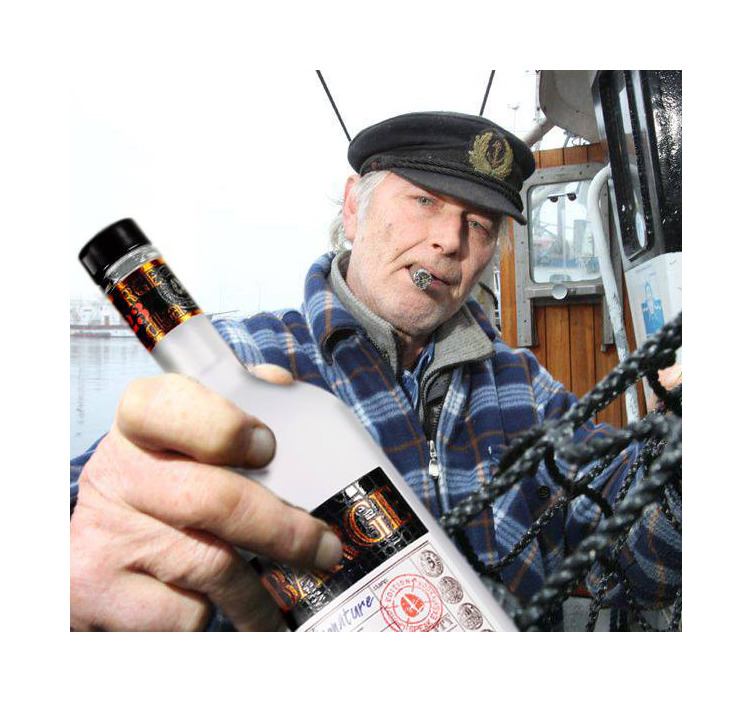 - Hi, Joe!
- Hi, Tom! Is Aunt Molly all right?
“You know the old Molly!” Something always hurts her!
-Be quiet, please! "Speak easy!"
Such a dialogue between the bartender and the visitor could well be heard at the entrance of one of a great many private unlicensed barrooms nicknamed “speakeasies” appeared during the Prohibition Era (1920-1933) in the USA. Any outsider couldn't guess that this “innocent” conversation is a part of the “special operation”, a secret “password” that provides access to members of the private “club” to the cherished counter behind which counterfeit alcohol was poured “the insiders”.
Well, the delivery of booze from Canada, the Caribbean and even from Europe was handled by sea smugglers, who went down in history as rum-runners. Of course, in order to avoid troubles with the Coast Guard, the “rum-runners” had to show miracles of ingenuity - they loaded alcohol in false bottoms of the boats, hid it under a fish catch, wrapped it in pig skin and even disguised as a Bible! And when it became clear that the authorities also were not sitting back and increasingly detained the vessels of alcohol smugglers, the “rum-runners” had to change tactics in order to both literally and figuratively “stay afloat”. The ships (among which there was definitely Barge) delivering counterfeit booze started to anchor outside the US coastline, which was only three miles from the coast (it was so called the “Rum Line”) at that time. At nightfall, small speedboats and boats equipped with powerful engines came up to them (some even managed to install engines from planes!), loaded with boxes of alcohol and delivered them to American harbors, easily getting away from the vessels of the Coast Guard. The authorities also tried to build up the power of their boats. However, the irony was that both smugglers and the Coast Guard ordered the upgrade of their boats from the same companies. Since the “rum-runners” were always ready to pay more than the budget of the police department allowed, it was not surprising that powerful aircraft engines (V12, 400 HP) were in the engine rooms of smugglers' boats, but not on the coast guard...
In 2020 exactly one hundred years have passed since the introduction of the Prohibition in the United States based on the 18th amendment to the Constitution. Barge Vodka in matte bottles, on which you can read the phrase “Speak easy”, which became a symbol of that era and you can even find a unique number (maybe this is the code used by the “bootleggers”?) is a great reminder of those times! And one more thing is important. Since in the days of the Prohibition they often sold cheap swill under the guise of famous drinks, the most successful rum-runners and bootleggers, who took care of their reputation, put a special sign on their bottles confirming the quality of the product! Such alcohol was delivered only to underground bars for the elite, among which were famous politicians, popular actors and, of course, mafia leaders!
S-s-sh!!! Just do not tell anyone ... There is such a sign on “Barge” too! If you put the bottle in the refrigerator, then appearing of a blue anchor soon on the back side (it is hidden from prying eyes) is a sure confirmation that you have the highest quality product, and you (accept my congratulations!) are accepted into a narrow circle of "initiates"!