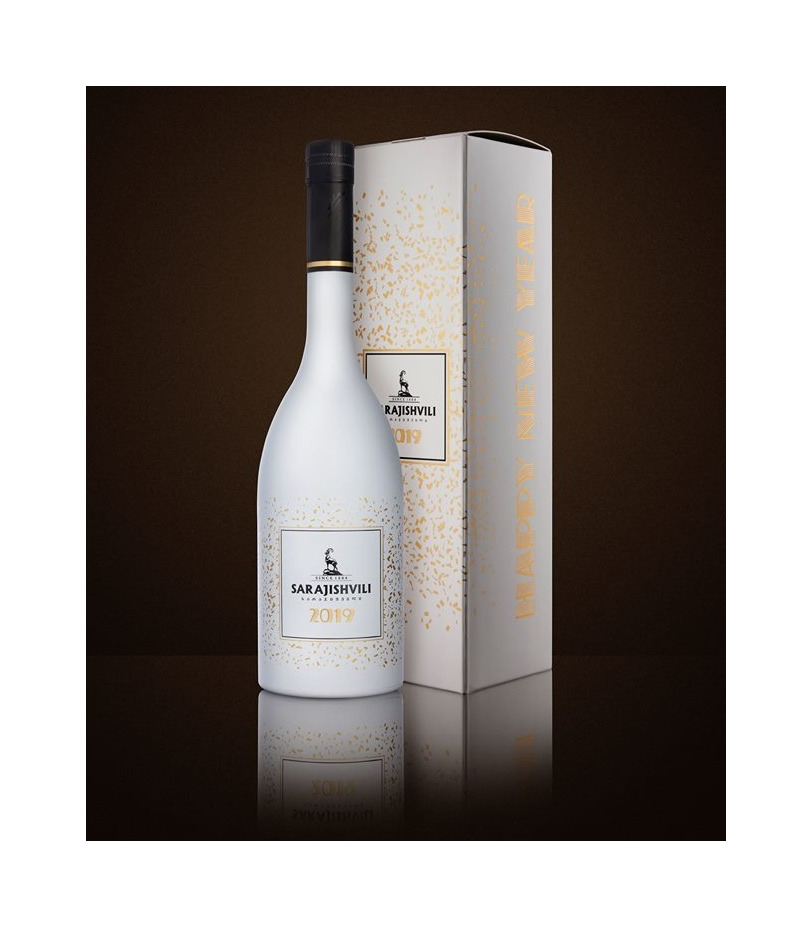 At the end of the 19th century, the Georgian chemist David Sarajishvili set the idea of making top quality brandy, which would be associated with his hometown of Tbilisi. Learning down to the fine points of creating alcoholic beverages in France, the master came to the conclusion that grape varieties, growing in Georgia, are in no way inferior in quality to the French grapes. After mastering the course of winemaking in the French town of Montpellier, he returned to his homeland and began to develop his own recipes, then built cellars for wine materials in Tbilisi and

The opening ceremony  of  Sarajishvili plant was held in 1888. Scientists from all wine-making branches were invited to work at its facilities.   Under their leadership and common efforts the very same year, the first bottle of Georgian brandy came into being, which turned out to be so excellent, that it immediately received many awards and medals in Brussels, Chicago and Paris. In course of time, the plants under  Sarajishvili brand  were opened not only in Georgia, but also in Yerevan, Baku, Kalarash and other cities. By now, the famous brandy owns more than 200 different international awards, and  there are  still beverages made at the beginning of the 20th century stored and “matured” in the basements of the first Tbilisi plant.David Sarajishvili has entered the world history  for ever as the founder of brandy business in the former Russian Empire and contributed to the fact that Georgia is still famous for its great brandies.(Adapted from www.v-georgia.com/konyak-sarajishvili/)

80% of all Georgian brandies are manufactured under the brand "David Sarajishvili and Eniseli" (the name of a modern enterprise). To avoid copycat and correspond the image, the company made a contract with well-known French suppliers of labels, corks and bottles. But the decoration of the most popular series of brandies was entrusted  to the company "DANCO DECOR" from Ukraine. It has already become a tradition that, in addition to series production, we annually manufacture a limited series of decorated glass containers on the eve of New Year holidays for our Georgian customers.

In 2018 there was a gold glass package with a mirror effect, made using vacuum metallization. And by year 2019 snow-white bottles, decorated with UV-curable paints were prepared. On the front side, the name and logo of the Sarajishvili brand are traditionally placed, as well as the inscription "2019", reminding that this very drink is ideal for celebrating the New Year. In addition, printed elements of decor are placed all over the surface of the bottle , reminding gold confetti, which, it seems, just spinned in the clear frosty air to the roar of Christmas crackers, clinking of  glasses and  congratulation exclamations coming from everywhere: "Happy New Year!"