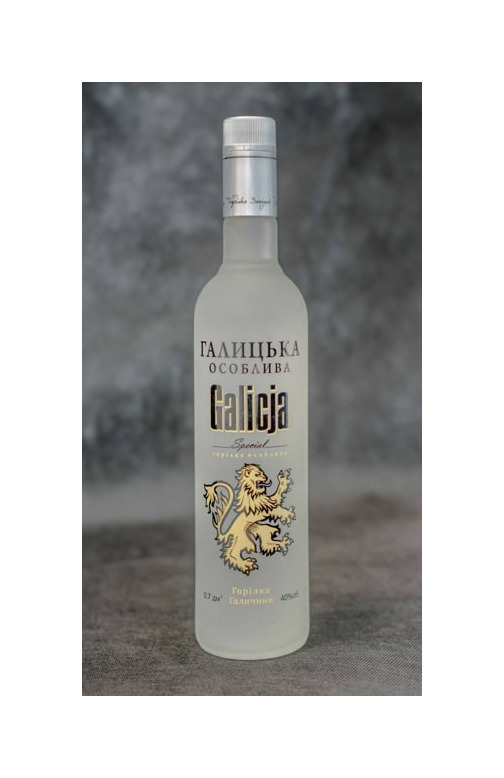 Our next order was executed for our long-term client from the Western Ukraine. This time we were entrusted with the dressing of bottles for the popular brand “Galicia Special”.

The central element of the decor is the image of a lion – symbol of the principality of the Galicia–Volhynia which arose after consolidation the principalities of Halych (Galicia) and Volhynia in 1199 by the prince Roman Mstislavich (known as Roman the Great) whom contemporaries considered one of the most powerful governors of the Eastern Europe of that time. The text “Galicia” is executed in Polish probably as a reminder that last time Galicia was marked on the map of Europe as a part of the Polish Republic in 1939, before accession of these territories to the Soviet Union based on notorious "Molotov-Ribbentrop Pact".

The vodka bottle was chemically matted that allowed to increase contrast of the decorative elements executed by method of a direct silk screen printing with high-temperature paints on a glass surface. Use of thermoplastic paints provided a necessary color saturation and high resistance of a decor to mechanical damages.